After swimming and running competitively for most of my childhood my attention was captured by Triathlon in high school. During that time I made 3 state teams and won the 16-19 Age Group Sprint Distance Triathlon World Championships in 2009.

After 2009 I made the decision to focus on cycling with the goal of making it to the highest level of the sport. In 2014 I turned professional with MTN Qhubeka, which later became Team Dimension Data after it was granted World Tour status in 2016. I was fortunate enough to ride some of the biggest races in the world with this team including 2 Vuelta Espanas and the big Spring Classics like De Ronde van Vlaanderen. I also placed Top 20 at Road Worlds in 2016.

In 2019 I’m excited to be returning to my passion for Triathlon. I’ve missed the variety and the challenge that only the combination of three sports can provide. In my first professional IRONMAN 70.3 in Barcelona in 2019, I set the bike course record and finished 6th overall. I hope to carry that success even further in the future.

"The first time I trialled PREPD was on a big 'double day' with a 5 hour, 145km ride followed straight away by a 21km run. It it was also the first really warm day here in Southern California for the year. I’d done a similar session the week before so it was a good way to test the effects of PREPD to see how I would perform.

I took PREPD Prime the night before and did the whole session solely on water. I was absolutely blown away by how good PREPD made me feel, the stuff is amazing! I basically did 6.5 hours of intense exercise and didn’t cramp or feel dehydrated, while the week before, I was fighting cramps deep into the run. I never would have thought I’d feel that good on water without any electrolyte mix.

After the session I used PREPD Recover and the next day I felt fresh and ready to crush my next session. When you're deep into a session or a race and you need to get that little bit more out of your body, PREPD makes the difference."
— Nic Dougall, Pro Triathlete 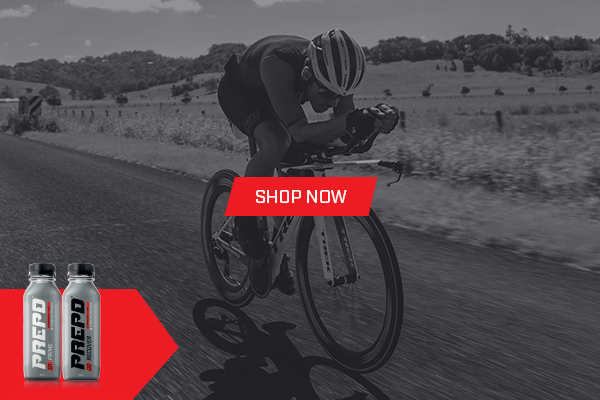